As a pastor or a professional in a cross-cultural setting, you have challenges that your peers back home can't begin to imagine.

But a mentor can.

The mentors screened and recruited by Missional Impact are godly, experienced professionals in a variety of fields. They want to help you flourish as you live out your faith in the workplace of your host culture. They combine a deep love for God with impressive work achievements. Here is just a sampling of available Missional Impact mentors.

Use the buttons below to learn more. Ask questions about mentoring on our contact page. Alan Martin is a leading business transformation and risk management consultant with more than 30 years of experience in professional services. A British national and Chartered Accountant who has lived and worked in Germany since 1997, he has international experience with long and short-term assignments in Europe, Asia, Africa, and the United States. He has served clients in the technology, automotive, financial services, and public sectors.

Since 2007, Alan has been a partner at PwC Germany. As one of the leaders of the Risk Consulting Practice, he advised large and medium-sized companies on risk and compliance management, on the development of internal control systems, and corporate governance. As well as personally leading several major international projects, he built up and led a diverse team averaging 20 risk and compliance professionals. He currently leads a major transformation project to align PwC’s global processes, data, and systems for the Network’s core business operating solutions.

Alan is married with two children and lives near Frankfurt. 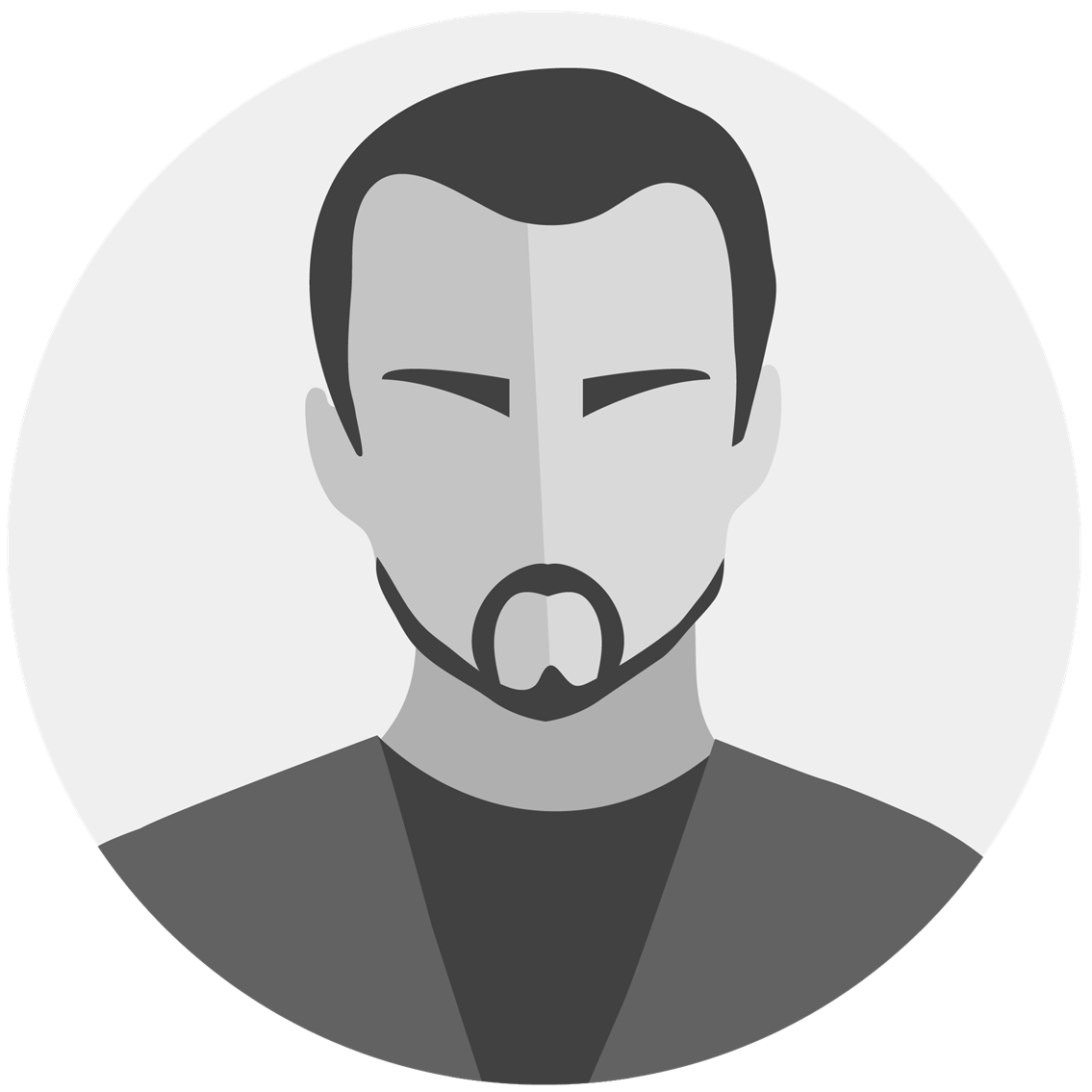 Bill worked as an equipment engineer for 30 years in a pharmaceutical company. Early in his pharmaceutical career while he was navigating the pressures of a full-time job, family, and earning his Master's degree in night school, a coworker helped Bill understand the gospel and how to follow Jesus.

An early retirement allowed Bill to move to Southeast Asia. There, he and his wife spent six years working for business as mission initiatives. They built relationships with locals in the workplace as well as in their neighborhood.

After returning from Asia in 2016, Bill completed International Coach Federation training requirements and is accruing coaching experience towards his Associate Certified Coach credential. In 1986, they arrived in Haiti where they were involved in a small mission hospital for 18 years doing inpatient, outpatient, chronic care and community health. They worked themselves out of a job, turning all management positions over to Haitians, and asked for another assignment. This led to 10 years in Central Asia doing humanitarian health and development projects, while building relationships and shining the light of Christ.

Since November 2016, they have been part of an international mission agency’s leadership team supporting workers in the global marketplace, training new workers and ministering to diaspora in their location. Bruce Hanson, Ph.D., lives in Mississippi and teaches Entrepreneurship and Education Leadership. Bruce has a master’s degree in Urban and Regional Planning from the University of Mississippi and a Ph.D. in Education Leadership from Mississippi State University. With faculty experience at both the community college and university level, Bruce taught measurement and high-performance manufacturing to workforce students and managed an online learning system for an international company.

Bruce served as the director of regulatory affairs for a healthcare company. Bruce retired in 2013. Chuck Rapp’s professional career has included roles in technical sales, engineering management, IT Quality and IT Project Management.  He recently retired from a Fortune 500 company, and he has also worked in small business. From 1993-1994, he and his wife served on staff with Students for Christ in Belgium. He has traveled to over 45 countries. In his spare time he enjoys reading and running half-marathons. Fawn Brents is a wife, a mother, a grandmother and a business owner. In the 1970's, in her early years of marriage, she and her husband lived in Ecuador, South America where they worked to help establish national pastors and did translation work. They lived among the Quichua Indians. As a young wife and mother, Fawn worked with Quichua pastors' wives to encourage women's ministry in the local churches.

She moved back to the States in 1978. After her children were older, Fawn began her career as a real estate agent in 1989 and worked part-time until 1993. It was then that she began selling for an international real estate franchise full-time. Within five years Fawn ranked in the top 1% in sales, both nationally and internationally. This platform of success gave her many opportunities to speak and mentor other professionals.

In addition, Fawn began a ministry of speaking at women's events and held Bible studies in her real estate office. It was during these years that she navigated through what it looked like to combine business and ministry.

Today Fawn owns her own company, Kansas City Real Estate, Inc. While she still assists clients, she is enjoying the role of hiring, training and coaching new agents as they discover their own journey of success and faith. Jim Beerley has served as President of Crossworld Canada since May 1, 2010. Jim graduated from Cairn University in 1981 with a B.S. in Bible, and from Dallas Theological Seminary with an M.A. in Biblical Studies. Growing up in Haiti, Jim began his missionary service there in 1986 working in the Seminaire de Theologie Evangelique de Port-au-Prince (STEP), the Fellowship House (a home-based outreach to the business and professional class of Haiti) and helping to develop and train rural leadership through Theological Education by Extension. In 1994, Jim was asked to transfer to the Principality of Monaco to pastor the Monaco Christian Fellowship.

One of his greatest joys is bringing biblical truth to those who have been misled and misinformed by the traditions of men. Jim’s community service was recognized when he received a Medal of Honor, awarded by the Prince of Monaco. Jim is married to Mary, and they have three young adult children; Austin, Tyler and Téa. Mary Beth has held a variety of leadership roles up until her retirement in 2013, most recently with Sysco as VP for Enterprise Program Management. Prior to that role, she served as VP at Sysco for Organizational Capability. She has strong experience in strategic planning, sales and marketing, change management and talent development. Mary Beth has a passion for using the workplace to live out her faith and build disciples. She mentors entrepreneurs running profitable missional businesses in the 10-40 Window. Hiking, biking, and kayaking are a few of her outdoor pursuits. Ralph is a missional entrepreneur with 25 years of experience building businesses in the developing world. From furniture manufacturing to vermiculture biotechnology, these ventures made a lasting impact on the lives they touched and their communities. In recent years he has used his experience and MBA to coach and train social entrepreneurs in various countries. Ralph loves the creative process and working with others to identify solutions and connect the dots as they seek to meet real human needs through sustainable enterprise. He is passionate about helping entrepreneurs integrate their faith into their businesses and to fulfill God’s unique intention for them. Ralph started his career in 1968 with ServiceMaster, managing a commercial laundry and housekeeping department for a hospital. Over the years, he served in many operational, staff, and sales positions before retiring in January of 2016. After serving as VP for the Southeast Division (overseeing both operations and sales), he moved to Singapore for two years to oversee the establishment of a new company for a licensee of ServiceMaster and then for two more years in Hong Kong doing the same thing.

Ralph moved back to the United States to oversee operations in 19 master franchises in 19 countries as well as selling new licensees in new countries and markets. In 2001, the ServiceMaster facilities service business was acquired by Aramark. As a result, Ralph was asked by Aramark to be responsible for all of the International licensee facility service businesses. He continued in this capacity for the last 14 years prior to retiring in January 2016.

In overseeing the international franchise business for both ServiceMaster and Aramark, he regularly traveled internationally for weeks at a time, to countries such as South Korea, Japan, China, Taiwan, Philippines, Australia, Singapore, Malaysia, United Arab Emirates, Saudi Arabia, Turkey, and the Czech Republic. Ray Brown retired in 2017  from a multinational corporation in the electrical industry with major operations in Mexico, India, Canada, and China. Most of his career focused on development of new products, which included co-authorship of several patents. The latter part of his career included employee training, development, and mentoring. He has an MBA from Eastern Washington University and a Ph.D. in Leadership Studies from Gonzaga University.

He lives in South Carolina and teaches International Business, Financial Management, and Entrepreneurship online. One of his favorite quotes is from Winston Churchill: "Continuous effort — not strength or intelligence — is the key to unlocking our potential." Ron grew up in Colorado where he spent time enjoying the Rocky Mountains. During the early years of his career, he continued exploring the great outdoors as a sales representative traveling throughout the mountain region. In 1979 he committed his life to Jesus Christ and became passionate about sharing his faith. He has been active over the years serving in his local church and community. In 2003, his desire to serve expanded internationally as he began ministering in Mexico and Panama.

Ron’s success as a business leader grew into senior leadership roles as SVP of Global Business Development and SVP of International Sales and Marketing with Westinghouse Lighting. In the past 17 years, the scope of his international business experience has included many countries in North America, Central America, Europe, Asia, and the Middle East.

More recently, Ron has become a coach and mentor within his profession as well as a disciple-maker in the marketplace. It became apparent that the divide between his professional and ministry life was an imaginary wall separating what God intended to be unified.

Ron and his wife Linda live in Denver, where Linda serves as Director of Client Operations for one of the largest pro-life crisis pregnancy centers in the United States. Together they have five children and four grandchildren. Shirley has experienced life in a variety of roles: wife, mother, divorced single mom, grandmother, graduate in communications, hospital public relations, newspaper editor, church women’s leader, business as mission worker in Southeast Asia, and certified coach. Yet becoming a follower of Jesus Christ in her mid-30’s continues to be the most fulfilling role.

Because she has grown through the mentoring and discipling of other women in her life, she loves to sit beside women of all ages and listen to their life stories. Then she uses the opportunity to encourage and mentor those whom the Lord brings across her path. You might find her sitting in the back of a truck chatting with an Asian woman selling watermelons, digging in the garden of a woman from the Middle East, or teaching life skills to a teen in a group home.

After returning in 2016 from six years with her husband in Southeast Asia for Business as Mission initiatives, Shirley is pursuing certification in coaching with the International Coaching Federation. Before the Lord moved Vicki into the next phase of His plan for her life, she was a healthcare professional and then a health care administrator/leader at Parkland Health and Hospital System in Dallas.

As a pharmacist-MBA, she held progressive leadership positions in pharmacy, system-wide administration, and patient safety. Her practice focus included patient safety, transforming care through behavior changes, coaching and mentoring the leadership team, process redesign and technology innovation, and cost-effective, outcomes management. Performance in these areas, as well as a platform covering more than 50 publications and invited presentations at local, state, national and international conferences, resulted in her receiving several practice excellence and leadership awards.

Now mentoring and encouraging international Christians who want to want to present Christ in the workplace is an important focus for Vicki.